Under the Biden administration, the slow but steady growth of the U.S. offshore wind industry has experienced an unparalleled boost. The federal government has made it clear that it supports offshore wind by establishing challenging goals and expediting the approval process. However, one of the most significant federal policy changes to date may not be one that is targeted primarily at offshore wind but rather applies to the expansion of sustainable energy in general.

On August 16 2022, the Inflation Reduction Act (IRA) of 2022 was passed by President Joe Biden. The IRA has the potential to shape offshore wind development for the foreseeable future.

Among other things, the IRA modifies the offshore wind investment tax credit requirements, opens up new potential offshore wind development areas, and appropriates more money for the planning and development of interregional electricity transmission as well as the transmission of electricity produced by offshore wind. The legislation package will significantly impact the adoption of renewable energy in the United States, with the offshore wind as a key benefactor. Furthermore, the IRA is a historic move in the direction of widespread adoption of green energy.

The IRA's tax credit provisions modify the current clean energy tax credits and offer new models for production tax credit (PTC), investment tax credit (ITC), and payment models. The plan first extends the current renewable energy tax benefits until 2025. Furthermore, it establishes a base payment for PTC of 0.6 cents per kWh and for ITC (6%), which can be increased for developers who provide prevailing wages and apprenticeship programs. The maximum PTC would be around 3.1 cents per kWh when the salary and apprenticeship adjustments are taken into account. There are also further bonuses offered if developers can demonstrate that they use domestically produced goods.

For ITC, the rate might rise to 30% for developers who meet the wage and apprenticeship requirements, and it could reach 50% if developers can show that the projects use domestic materials and are situated in low-income or communities that rely heavily on fossil fuels.

Finally, the IRA significantly modifies how clean energy tax credits are distributed. Starting in 2025, sources of clean power (those that don't release carbon dioxide) will have the option of choosing between PTCs and ITCs. Additionally, the IRA gives developers the opportunity to cash in on their tax credits through contractual transfers to a party who is not an equity stakeholder in the project.

The development and financing of offshore wind projects are impacted by the tax credit adjustments in the IRA. Developers will no longer need to locate tax equity investors to acquire an ownership share in their projects and engage in complicated "flip" and "inverted lease" structures to reap the benefits of those credits. However, in order to buy such credits, developers will still need to locate organizations with sufficient taxable income.

The IRA also anticipates the emergence of a pool of "qualified apprentices" and domestic manufacturing facilities (likely prompted by the IRA's demand creation), but if that does not happen, the tax credits will be less effective in promoting the growth of offshore wind projects.

Finally, the IRA addresses issues like the lifting of a ban on offshore wind leasing in states in the Southeast, and tax credits for advanced manufacturing manufacture of components and installation vessels. As a result, the offshore wind industry in the United States has the potential to attract billions of dollars in investment and produce tens of thousands of well-paying jobs. 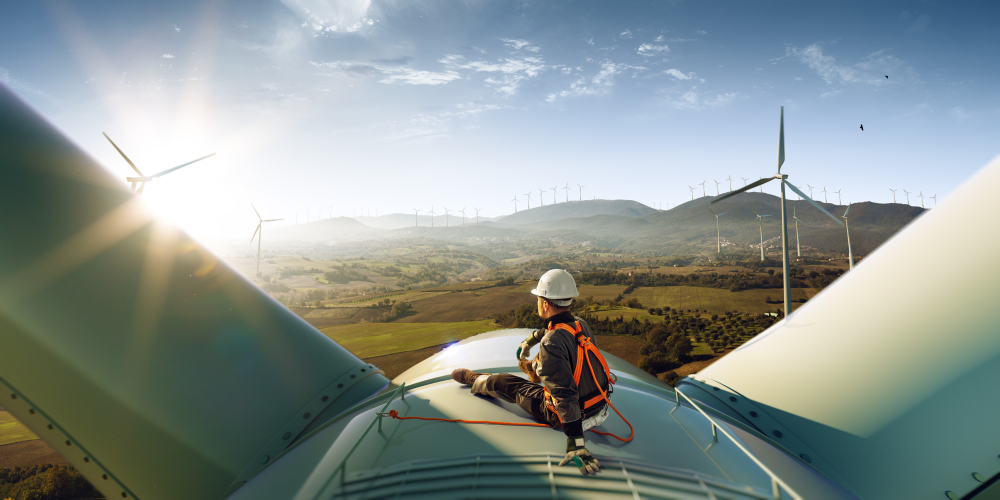 Te IRA alters the physical areas that are permitted for offshore wind leasing in a number of fundamental ways. Access to offshore wind leases for areas off the coasts of North Carolina, South Carolina, Georgia, and Florida was withdrawn by President Trump in 2020 until 2032. Due to the act's reversal of Trump’s measure, the Bureau of Ocean Energy Management (BOEM) is now permitted to grant leases, easements, and rights of way in certain areas, greatly increasing the potential for offshore wind along the East Coast. Furthermore, the Outer Continental Shelf is redefined to encompass certain submerged lands near U.S. territories.

The act gives the secretary of the Department of the Interior (DOI) the power to issue requests for information regarding offshore wind leasing off the coasts of U.S. territories. If offshore wind is found to be feasible in these locations, if it is determined that there is sufficient interest, and after consulting with the territorial governor, the act would then authorize wind lease sales. Off the shores of the United States Virgin Islands, American Samoa, Guam, Puerto Rico, and the Commonwealth of the Northern Mariana Islands are included in this. If practical, this option would also greatly increase the amount of offshore land that is available for wind development and, by including offshore wind into the resource mix, might help to enhance energy security in these regions. 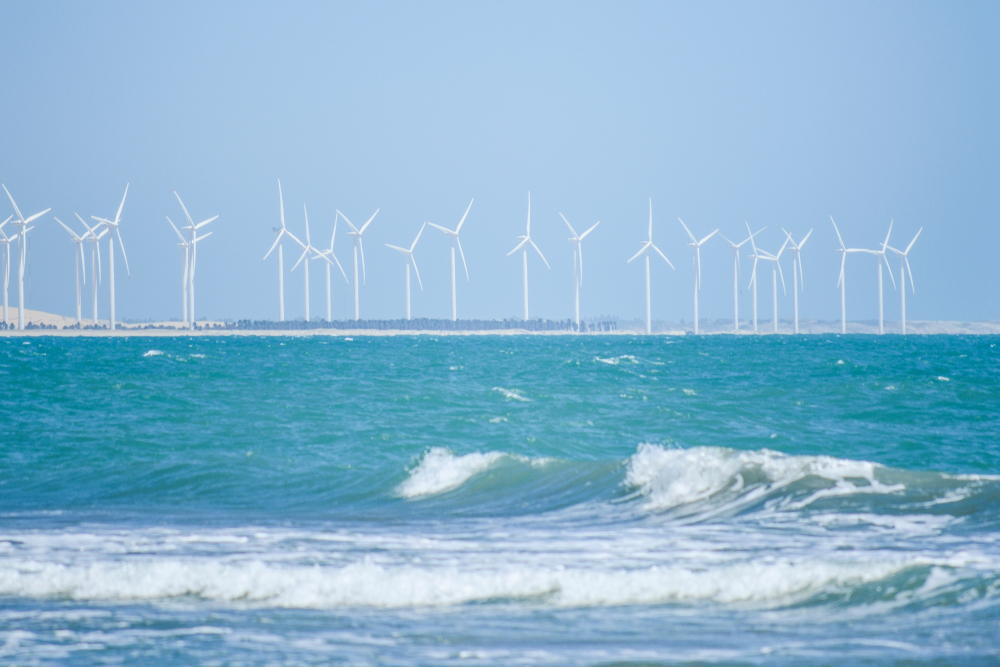 Even as the US expands its offshore and onshore renewable energy capacity, there is a growing awareness that insufficient transmission and distribution infrastructure may prevent clean electricity from reaching its destination. Nearly $2.9 billion is scheduled to be appropriated for transmission under the Inflation Reduction Act, but whether the provisions would be sufficient will have to be seen. Several states have recently recognized the need to build out the regional and interregional transmission grid to accommodate large energy injections from offshore wind into the grid.

The act also includes a $2 billion direct loan program for transmission projects, however, there are presently no designated National Interest Electric Transmission Corridors. Since the East Coast grid was not developed to transport electricity from east to west, transmission infrastructure is of special significance to the offshore wind industry. 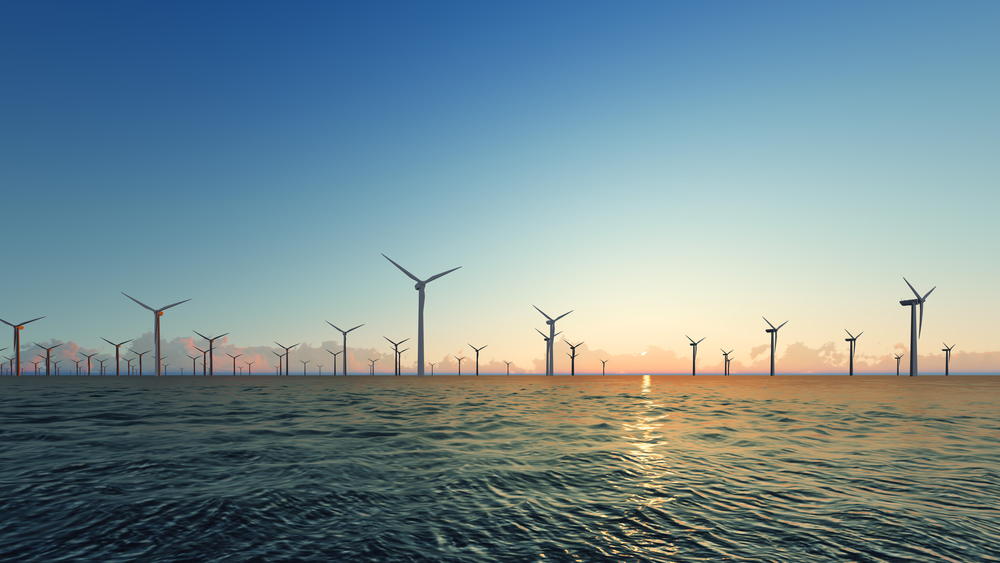 The impact of the IRA

The Inflation Reduction Act's regulatory stability should provide the U.S. offshore wind industry with the breathing room it needs to expedite project development and address persistent problems like vessel availability, port preparedness, and supply chain maturity. The IRA has the potential to have an impact on the whole offshore wind business, even though some of its provisions are much more significant than others. The IRA considerably increases the number of new lease sites that can be developed for offshore wind power, but transmission development must keep up with the increase in offshore wind areas. The act's provisions that offer finance for offshore wind transmission planning activities will aid in addressing the pressing need for transmission infrastructure to connect and transmit offshore wind energy to customers.

The modifications to tax credits will keep encouraging the growth of clean, renewable energy sources, particularly offshore wind. Beginning in 2025, the capacity of developers to commercialize the tax credits will represent the biggest modification and potential improvement. This modification is probably going to make offshore wind project ownership structures simpler, which might make projects easier to finance. Longer term, the IRA could encourage project development for years to come if the labor pool of "qualified apprentices" and the supply chain for components made in the United States grow.

Given the size of the legislation, it is anticipated that it will take some time before the entire content is made public. The Internal Revenue Service (IRS) has stated that they are working on implementing the new law as quick as they can and in 2023 detailed guidance is anticipated.

If you have a renewable energy project coming up, CMC provides engineering, construction and project management services to help you deliver your project ahead of schedule and under budget. Don't hesitate, contact me today to learn more about our specialised services.